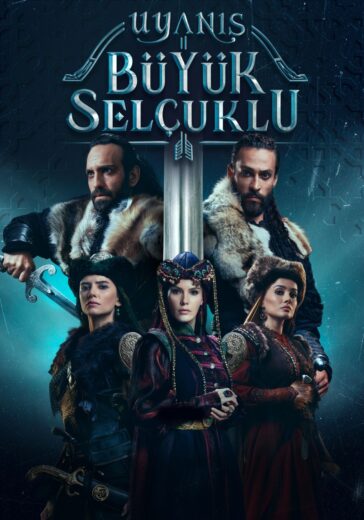 Title in English : The Eyes of State

This is the story of

Uyanis Buyuk Selcuklu (The Eyes of State): An epic journey with love, secrets and struggle for the pursuit of order in the world and justice. Witness the rise of the Seljuks under Sultan MelikShah I (son of Alp Arslan) and his son Sultan Ahmed Sancar (grandson of Alp Arslan) and their struggle and battle against Hasan e Sabah, leader of the Deadly Shia Assassins (Hash-Hasheen) who look to restore the Fatimid Empire, also against the Byzantine Empire and fellow rival States who seek to weaken the Seljuks.

This is Uyanis Buyuk Selcuklu (The Eyes of State) in english.

& Join us for more exclusive Turkish series and movies with English subtitles at Superriki. Enjoy your favourites.

Superriki offers unlimited access to all of its content, so come Join us on Superriki tv for more.  And join us also on Twitter or Telegram to receive notification about new episodes.